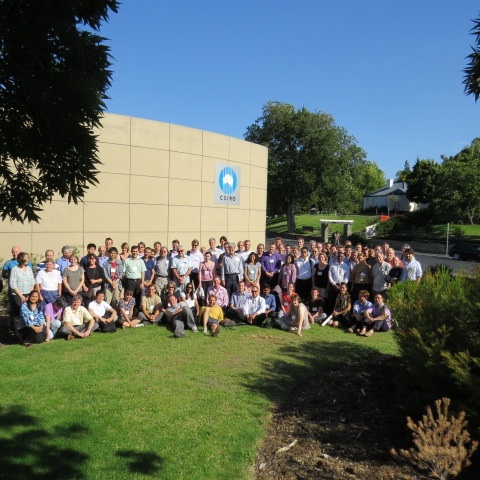 The proposed symposium is the next in a series of high-profile workshops held by the World Climate Research Program (WCRP) Climate Variability and Predictability (CLIVAR) Working Group on Ocean Model Development (WGOMD).  The CLIVAR program is a major international effort that aims to describe and understand the physical processes responsible for climate variability and predictability through analysis, observation, and modeling efforts. The WGOMD is responsible for stimulating ocean model development, along with promoting interaction amongst the ocean modeling community and between this and other climate related research communities. We will bring together leading international scientists and early-career researchers from the ocean, ice-sheet, ice-shelf, and sea-level rise modeling and observational communities to explore the state-of-science and emerging pathways for development of the next generation of coupled climate models.

We aim to advance the state-of-knowledge of projections of future sea level by focusing on two major scientific challenges. Firstly, what is the global sea-level rise contribution from the stability (or otherwise) of ice-sheet mass exchanges with the oceans. Secondly, what is the regional signature of sea-level rise associated with the mass redistribution of both the changing ocean and ice sheets. Together, these components of sea-level rise inform knowledge of potential coastal impacts, and contribute to the understanding of a topic currently drawing intense scientific and societal interest.

Ocean modeling, especially as a part of coupled climate modeling, is a fundamental component of the projection of future sea-level rise. This is particularly true for the regional patterns of sea-level variability and change. The ocean modeling community faces significant outstanding challenges regarding projection of future sea-level. Problems of ocean model bias and drift have not to date been sufficiently addressed, despite the importance of this for interpreting the wealth of model outputs now available through CMIP5. The WGOMD, through its ongoing role in promoting Coordinated Ocean-Ice Reference Experiments [COREs: Griffies et al., 2009; Griffies et al., 2012] is in a unique position to help identify and address the deficiencies of ocean models relevant to our understanding of global and regional sea-level projections. As such, the identification of the strengths and weaknesses of ocean models with respect to sea level change is also a key aim of the workshop.

The above aims, along with the objectives below, are specifically designed to be both educational and stimulating to the early career scientists that we will actively encourage to participate.

1.     Evaluation of state-of-science of ocean and land-ice interactions.

2.     Identify priorities for reducing uncertainties in the projections of global and regional   sea-level rise.

3.     Investigate pathways for the development of the next generation of climate models incorporating interactive land-ice components.