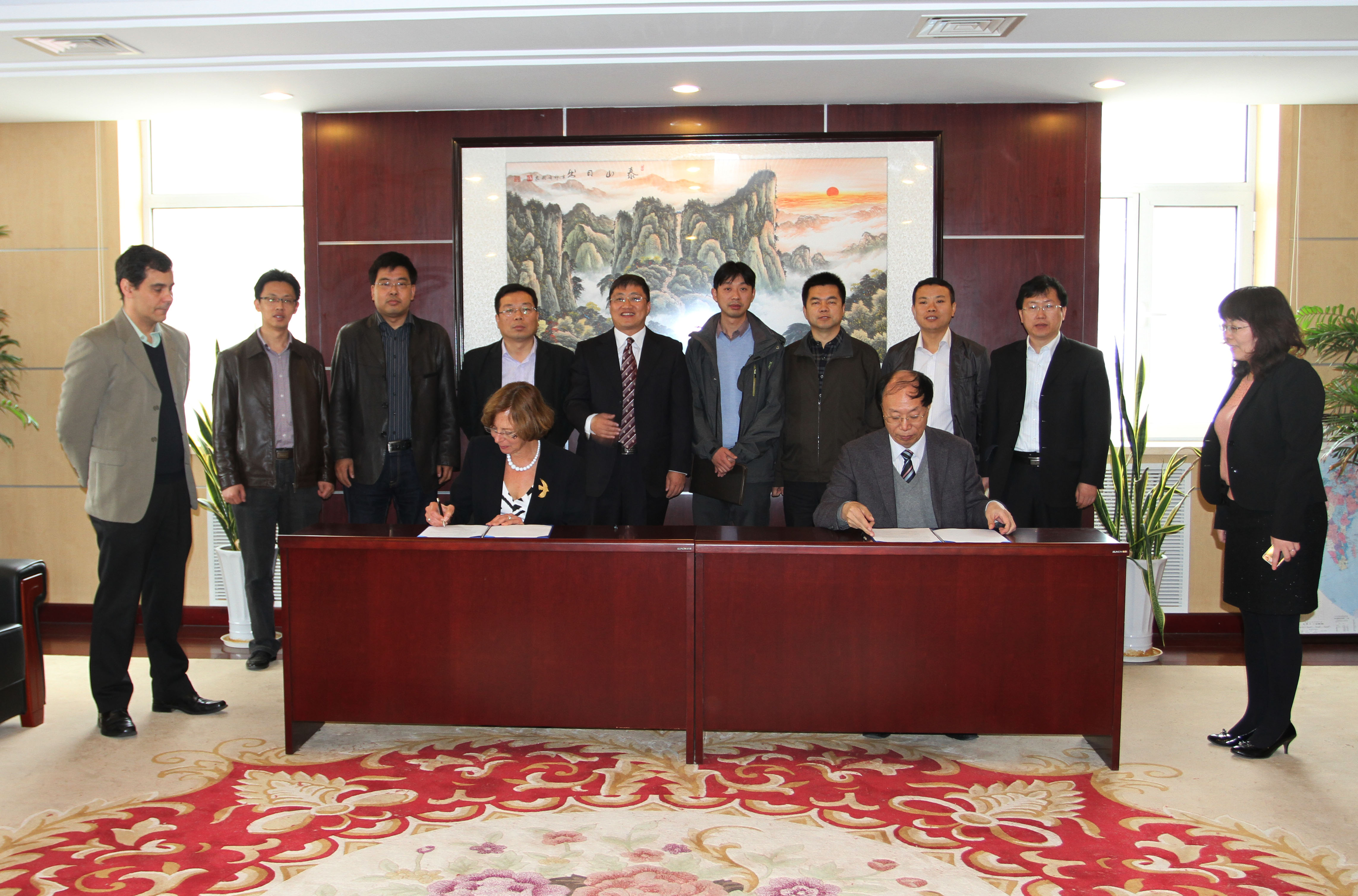 The World Climate Research Programme (WCRP) has set a new milestone by establishing the International CLIVAR Global Project Office (ICGPO) at the First Institute of Oceanography (FIO) of the State Oceanographic Administration (SOA) in the lovely seaside city of Qingdao, China.   This is the first time China hosts a WCRP international project office.

In a ceremony hosted by FIO on the 11th April 2014, WCRP’s Acting Director, Valery Detemmerman, and FIO’s Director, Dr. Deyi Ma, signed an agreement which outlines the terms of reference for the Office in Qingdao that will host the Executive Director, two Staff Scientists and an Administrative Assistant.  If all goes according to plan, the office will begin functioning early in June.  In the interim inquiries can be addressed to Valery Detemmerman or Nico Caltabiano.

The ICPO is transitioning from the National Oceanography Centre (NOC), in Southampton, UK, where it was hosted for over 12 years to a distributed configuration with an office in Pune, India in addition to the ICGPO in Qingdao.  Support for the offices is coming from the two host countries as well as from the USA and Germany. We would like to take this opportunity to thank the UK's Natural Environment Reserach Council (NERC) for its support of the ICPO over the years and the NOC for hosting the office.

The First Institute of Oceanography (FIO) of SOA, is a comprehensive research institute engaged in both basic and applied research in oceanography and marine related science and technology. It is responsible for supporting the development of high-tech industries, advancing marine science and technology, providing technical supports and research services in the area of marine resources management, national marine protection, public service, marine economic development and marine safety.