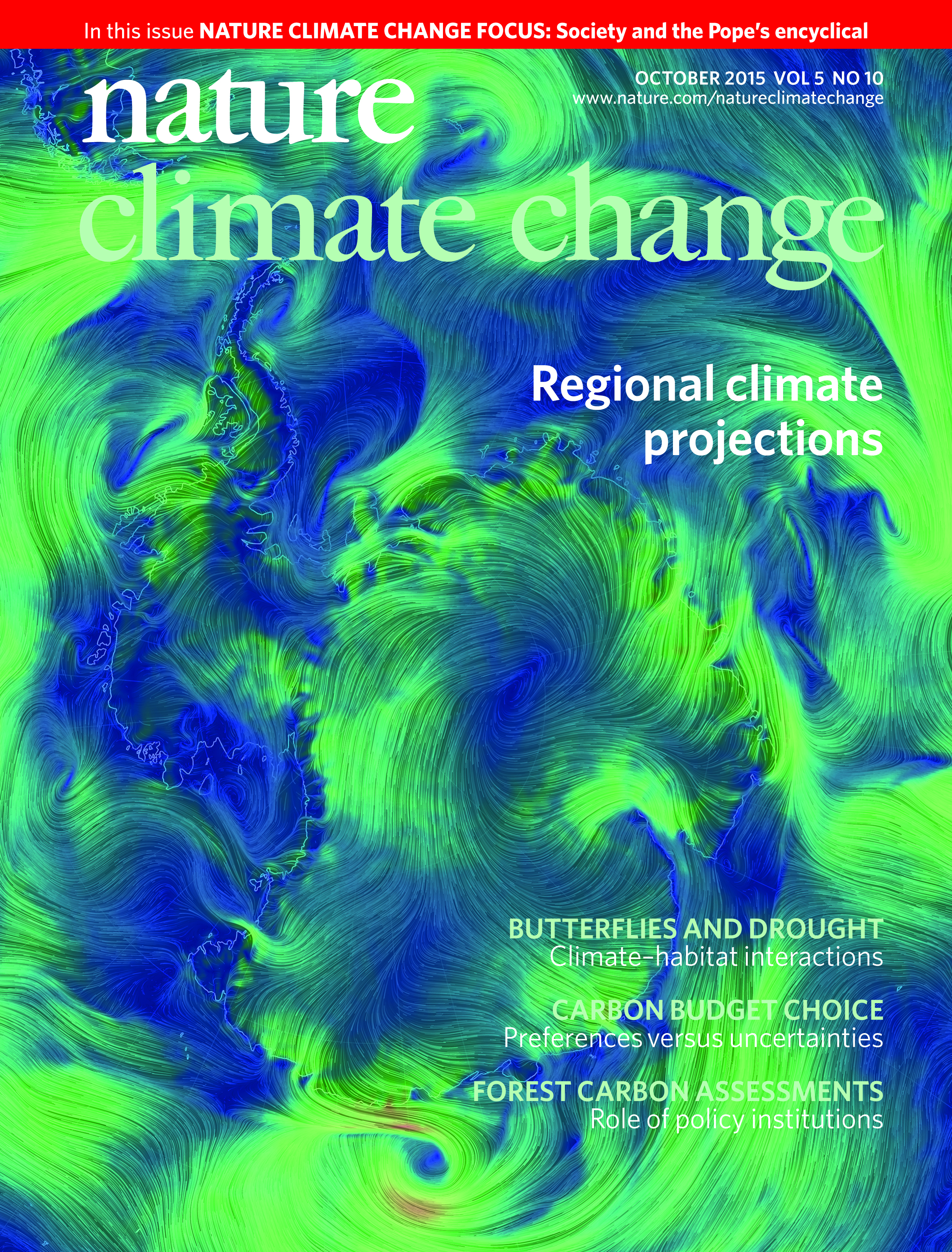 Precipitation change is one of the most consequential outcomes of anthropogenic climate warming. Unlike surface temperature that is projected to increase everywhere, precipitation change is to first order spatially variable, with both regions of increase and decrease. The global mean is a poor approximation for rainfall change in a given region, highlighting the intrinsic challenge facing the projection of regional rainfall. Such regional climate projections are in high demand but deemed unreliable because of large disagreement among models.

Regional climate change has long been a core subject of IPCC but is being addressed by the CLIVAR community only recently. Among major contributors to regional change, regional forcing like aerosols and thermodynamic effects are in the traditional IPCC realm, while atmospheric circulation change—coupled with the ocean or arising from internal dynamics—is a topic CLIVAR has unique expertise in. As the growth of the predicted 2015 El Nino event attests, CLIVAR has made impressive advances in understanding and predicting natural variability. CLIVAR is being called to play the leading role as global warming unfolds and the spotlight shifts to regional change.

Figure: Physical origins of regional climate change based on Figure 5 of the NCC review 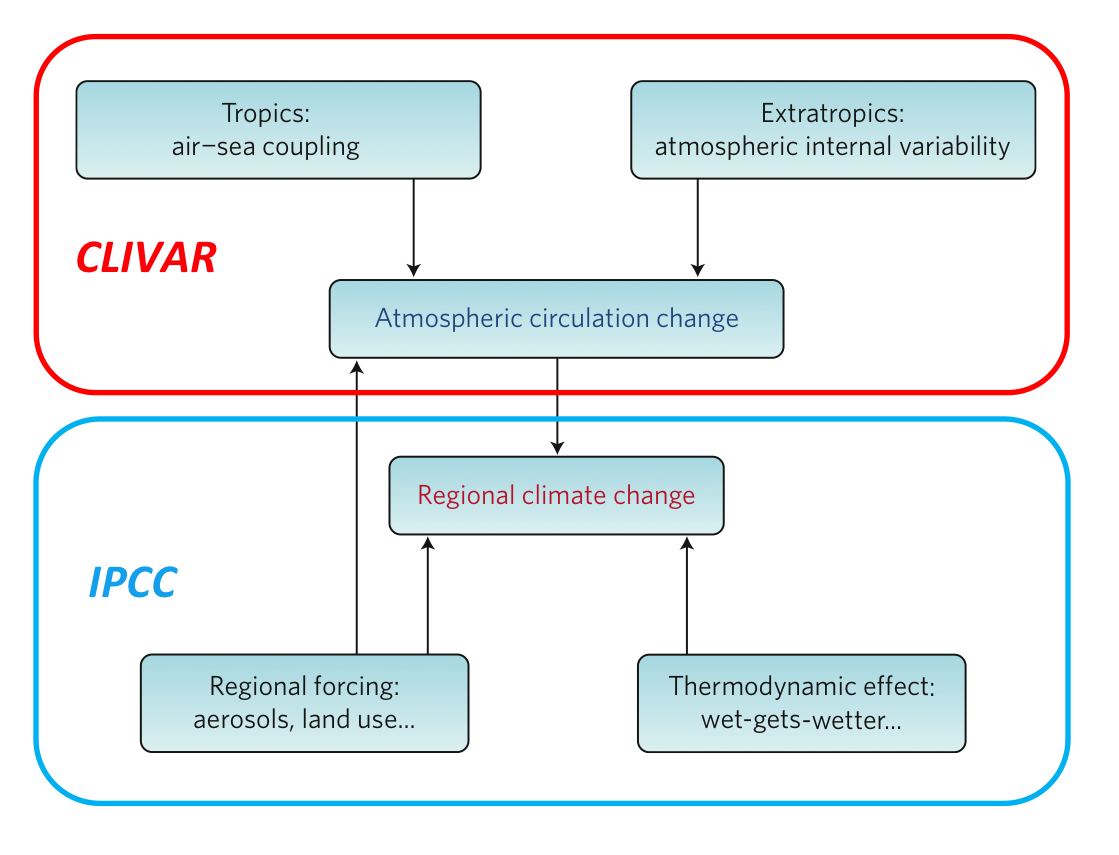