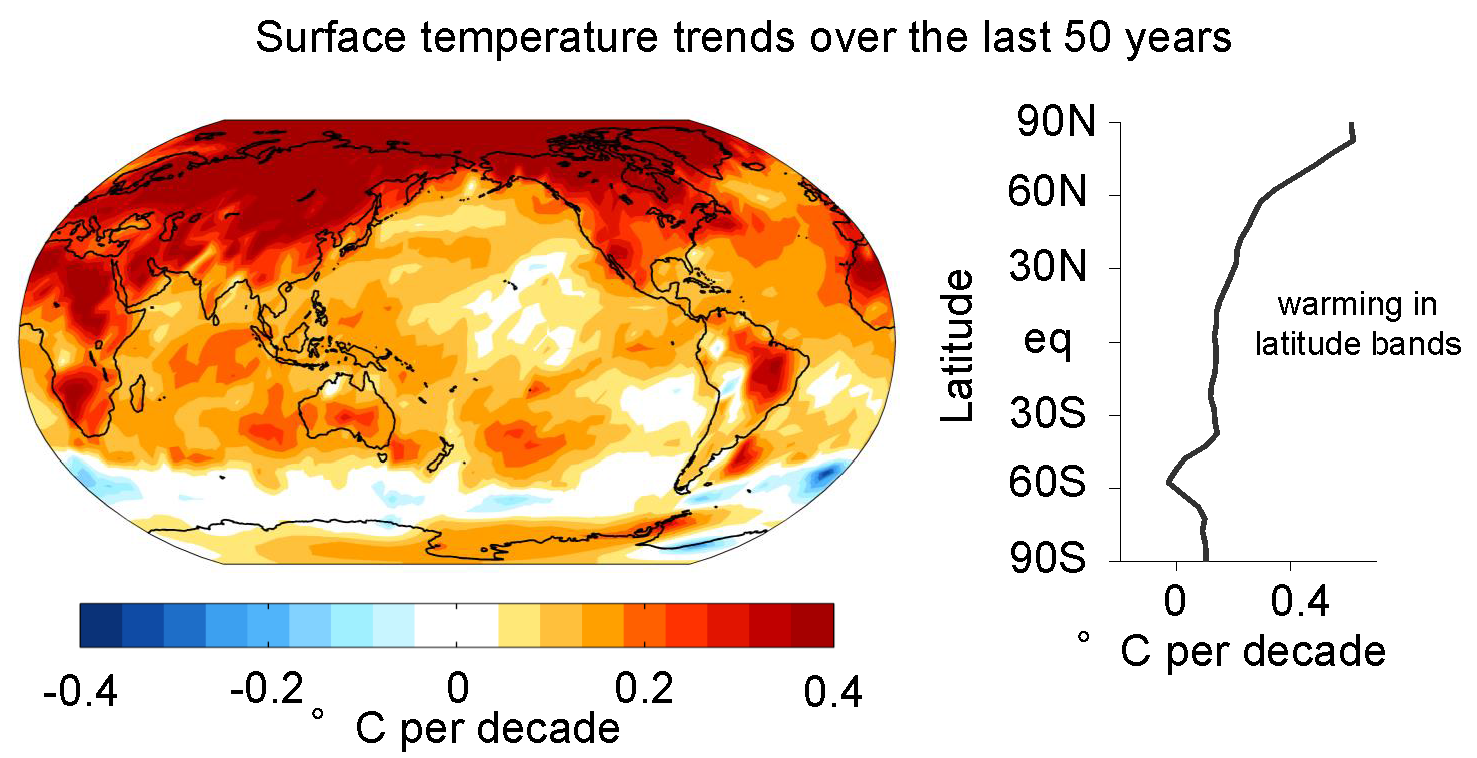 The spatial pattern of temperature changes over the last several decades shows a pronounced contrast between the high latitudes of the two hemispheres; the Arctic warmed more than any other region on the planet, whereas the Southern Ocean adjacent to Antarctica has actually been cooling on average (Figure 1). Given the widespread evidence of increased greenhouse forcing and associated global energy imbalance (http://www.clivar.org/news/imperative-monitor-earth%E2%80%99s-energy-imbalance) resulting in energy accumulation in the climate system at the global scale, a key question is, why hasn’t the Southern Ocean warmed? Previous explanations of this climate paradox include:
1. deep mixed layers in the high-latitude Southern Ocean allowing heat taken up at the surface to be stored at depth,
2. increased surface westerly winds associated with ozone depletion resulting in stronger equatorward oceanic advection of cold water, or
3. surface freshening due to enhanced rainfall or glacial runoff resulting in less upward mixing of heat from warm sub-surface water.

Figure 1. Spatial pattern of surface temperature trends over the last 50 years (1965-2015) calculated from Cowtan and Way’s version of HadCRUT4 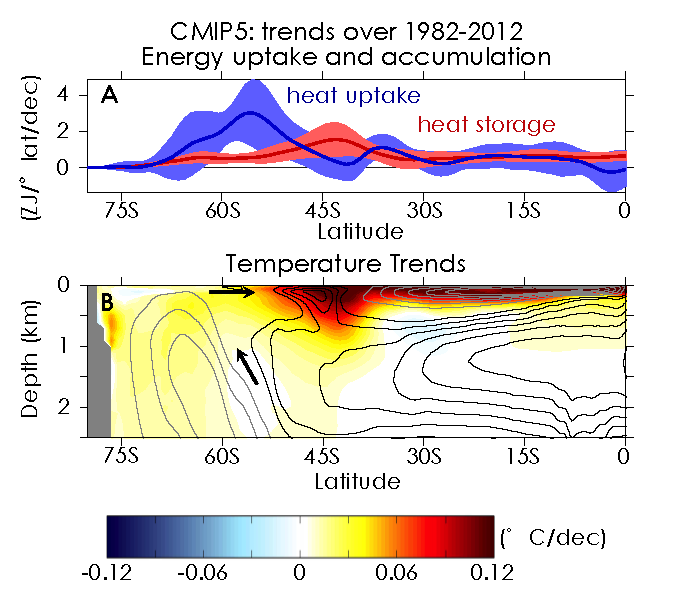 Figure 2. (A) 30 year trends of the ocean heat uptake (blue) and full-depth ocean energy accumulation (red) in historical CMIP5 simulations (1982-2012) -- units of ZJ per degree latitude band per decade. The shading indicates one standard deviation spread across the ensemble of models. (B) Depth-latitude cross section of temperature trends over the same period co-plotted with the climatological meridional overturning streamfunction (4 Sv contour interval) with sense of motion indicated by the black arrows.