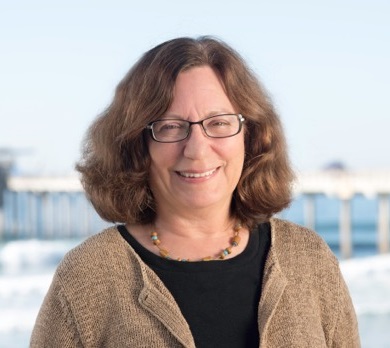 Professor Talley is one of the world's foremost ocean scientists of the past 50 years, with seminal contributions to our understanding of all ocean basins, including landmark discoveries in the Pacific, Atlantic and Southern Oceans. She has been a leader in ocean observations for more than 30 years and was a driving force of the World Ocean Circulation Experiment (WOCE). While Professor Talley's core scientific interests have been in intermediate water formation, mode waters and circulation she has also made important contributions towards knowledge of ocean heat transport and fresh water fluxes. Recently her focus has been on the Southern Ocean and its connections with the Indian, Pacific and Atlantic oceans. This work has produced a number of landmark analyses, not only of basic hydrography but also chemical tracers and dynamics of the potential vorticity field and of the global overturning circulation.

Professor Talley has made all these outstanding scientific advances while contributing an exceptional level of service to ocean sciences spanning four decades of academic and professional excellence; including teaching in the Scripps educational programme, mentoring, and services.