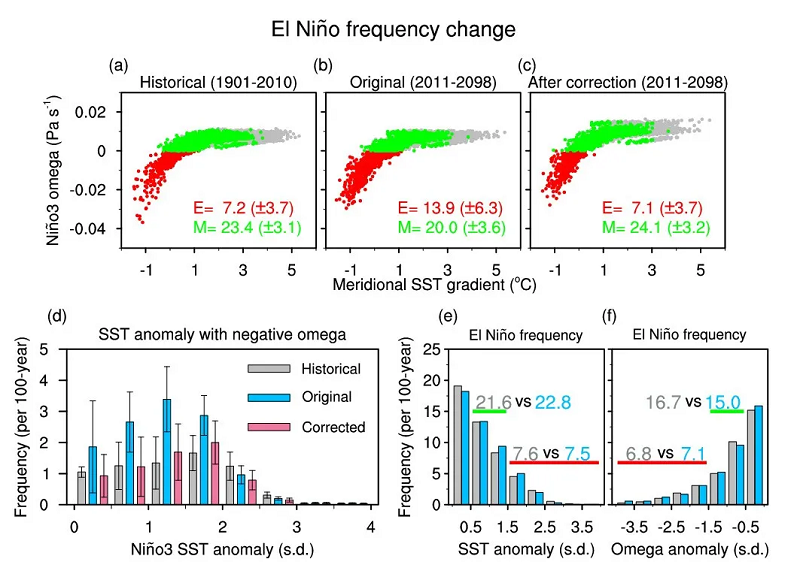 The extreme El Niño, defined by the total convection in the eastern equatorial Pacific (i.e. the sum of the mean-state and anomaly value of the vertical velocity in Niño3 region), is mostly determined by the mean-state of the Nino3 convection, which is highly controlled by the change in the east-minus-west sea surface temperature (SST) gradient. Extreme El Niño events severely disrupt the global climate, causing pronounced socio-economic losses. Unfortunately, long-standing common biases in CMIP5 models, despite enormous efforts on the numerical model development over the past decades, make it hard to achieve a reliable projection of the extreme El Niño frequency change in the future.

According to the original projection of CMIP5 models, the extreme El Niño would increase twice in the future. However, concerning that the centennial easterly trend in the Pacific is systematically underestimated in all CMIP5 models compared to the historical record, a reasonable question is whether this and other important common biases might significantly impact the projection of the extreme El Niño frequency change in the future. 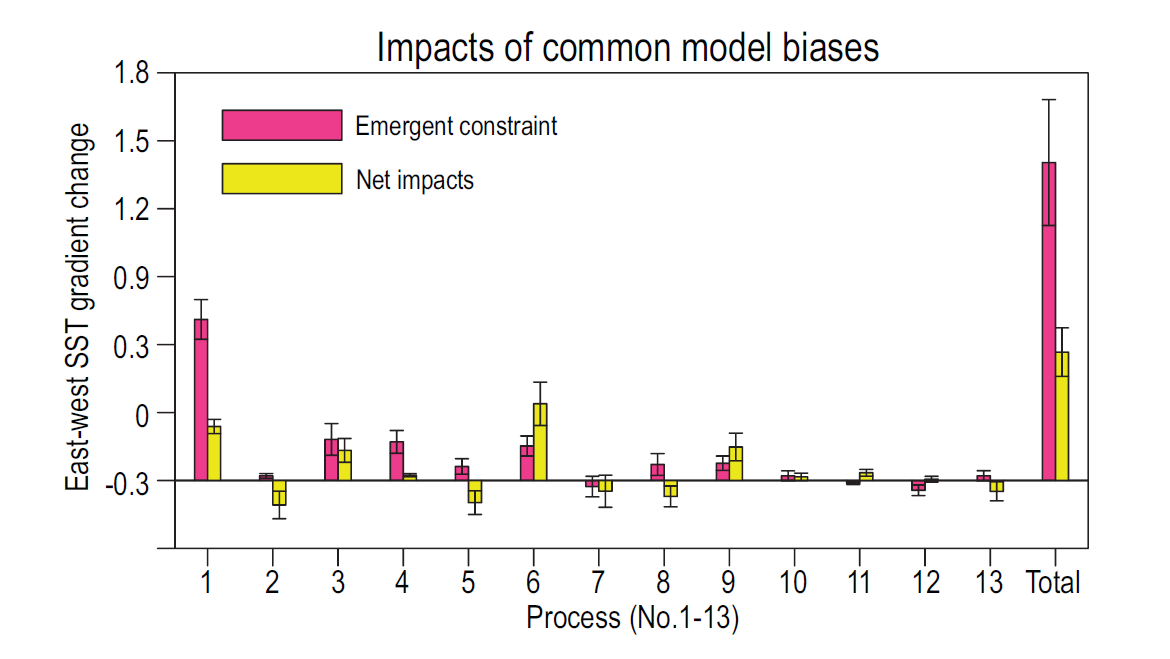 Figure 2. Impacts of 13 common biases of CMIP5 models on the projected SST change in the Pacific.

By identifying systematic impacts of 13 common biases of CMIP5 models in simulating the tropical climate over the 20th century, Prof. Luo, member of CLIVAR Pacific Region Panel, and his research team (Tang et al., 2021, https://doi.org/10.1093/nsr/nwab056) found that the change in the tropical Pacific east-minus-west SST gradient in the 21st century was significantly over-estimated in the original CMIP5 models projection. After removing the net impacts from the models’ 13 systematic biases (Figure 2), the study shows that the strongest SST warming would occur in the tropical western Pacific, rather than in the east, which, coupled with stronger trade winds across the Pacific and suppressed convection in the eastern Pacific, indicates that the extreme El Niño frequency would remain almost unchanged in the future (Figure 1). The study sheds a new light on the importance of model bias-correction in order to gain a reliable projection of future climate change. More importantly, this finding suggests that much more efforts should be put to improve climate models and reduce major systematic biases in coming years/decades.