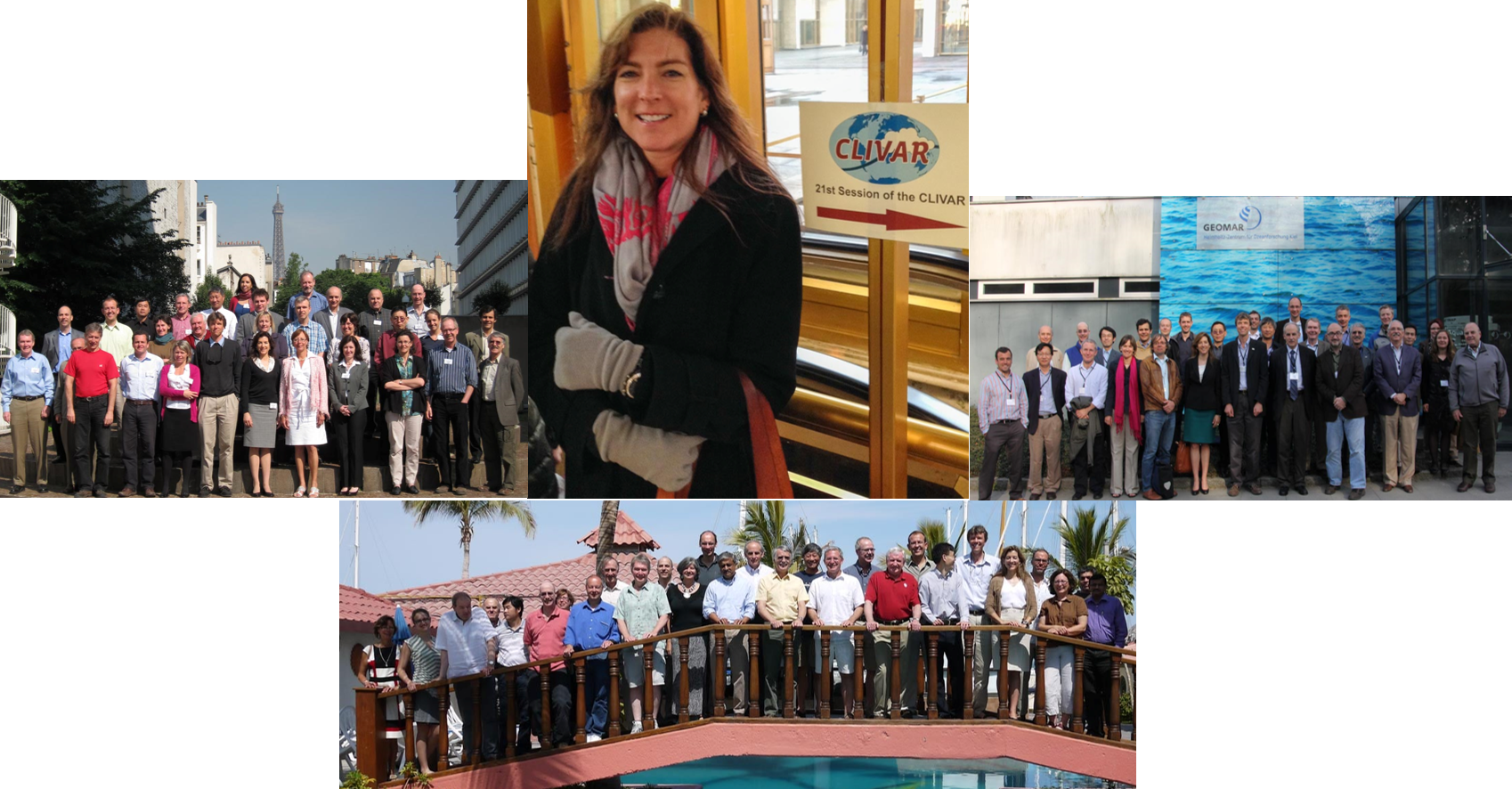 We are profoundly saddened to learn the passing of Dr Lisa Goddard. Our thoughts are with her, family, friends and many colleagues from around the world.
Lisa’s passion for Climate Science started early in her academic studies, as she expressed herself “I decided to go into climate research when I was considering graduate school after getting my BA degree in physics. I loved physics, but did not really want to pursue the theoretical path. At that time, in the late 1980s, there were just starting to be stories in the news about the ozone hole and global warming. I thought: This is an exciting way to apply my physics knowledge. This is something I want to learn more about, and maybe help people.”
Her family and her dog, Chewy, were the most important source of joy in Lisa’s life outside of work. She also enjoyed hiking, reading, and gardening.
Lisa obtained a Ph.D. in atmospheric and oceanic sciences from Princeton University and a B.A. in physics from the University of California at Berkeley.
Lisa spent 22 years at Columbia University’s International Research Institute for Climate and Society and led IRI’s research efforts on understanding and predicting climate change. Lisa was a globally recognized expert on the El Niño-Southern Oscillation, decadal prediction and near-term climate change. She served on the Board on Atmospheric Sciences and Climate of the U.S. National Academies of Science, as well as taking on numerous other roles. In 2007, she developed PACE (Postdocs Applying Climate Expertise), a national post-doctoral program that explicitly links recent climate PhD graduates with decision-making institutions.
Lisa was involved in several WCRP activities, in particular CLIVAR.  Her contribution to CLIVAR spawned over a decade, first as a member of the International CLIVAR Scientific Steering Group (SSG) (from 2006 to 2012) and then as co-chair of the CLIVAR SSG (2013-2015) becoming the first woman to co-lead CLIVAR since its creation.  Lisa was also chair of the US CLIVAR SSG between 2010 and 2013.
During her tenure in CLIVAR Lisa played an important role in the achievement of many CLIVAR milestones, just to name a few:
• The first pan-CLIVAR meeting held in The Hague in July 2015.
• The implementation of the Research Focus framework within CLIVAR.
• The organization of the second CLIVAR Open Science Conference, held in Qingdao, China in 2016.
• The planning, purpose and proposed outline for the new CLIVAR Science and Implementation Plan.
Lisa emphasized the need for CLIVAR to contribute to climate services through capacity building and outreach, targeting mainly young scientists and developing-country scientists. Her vision was fundamental in shaping the updated vision and mission of CLIVAR.
We will not attempt to summarize all of Lisa’s scientific contribution evidenced by a considerable number of publications in peer reviewed journals, books chapters and conference proceedings, or her impact on young researchers, especially as professor at Columbia University. She was an inspiration to those fortunate enough to have the opportunity to work with her. We know that CLIVAR and the entire WCRP community feel a great loss.  She will be sorely missed.