ICGPO visits to Chinese institutions of oceanography in Hangzhou and Xiamen 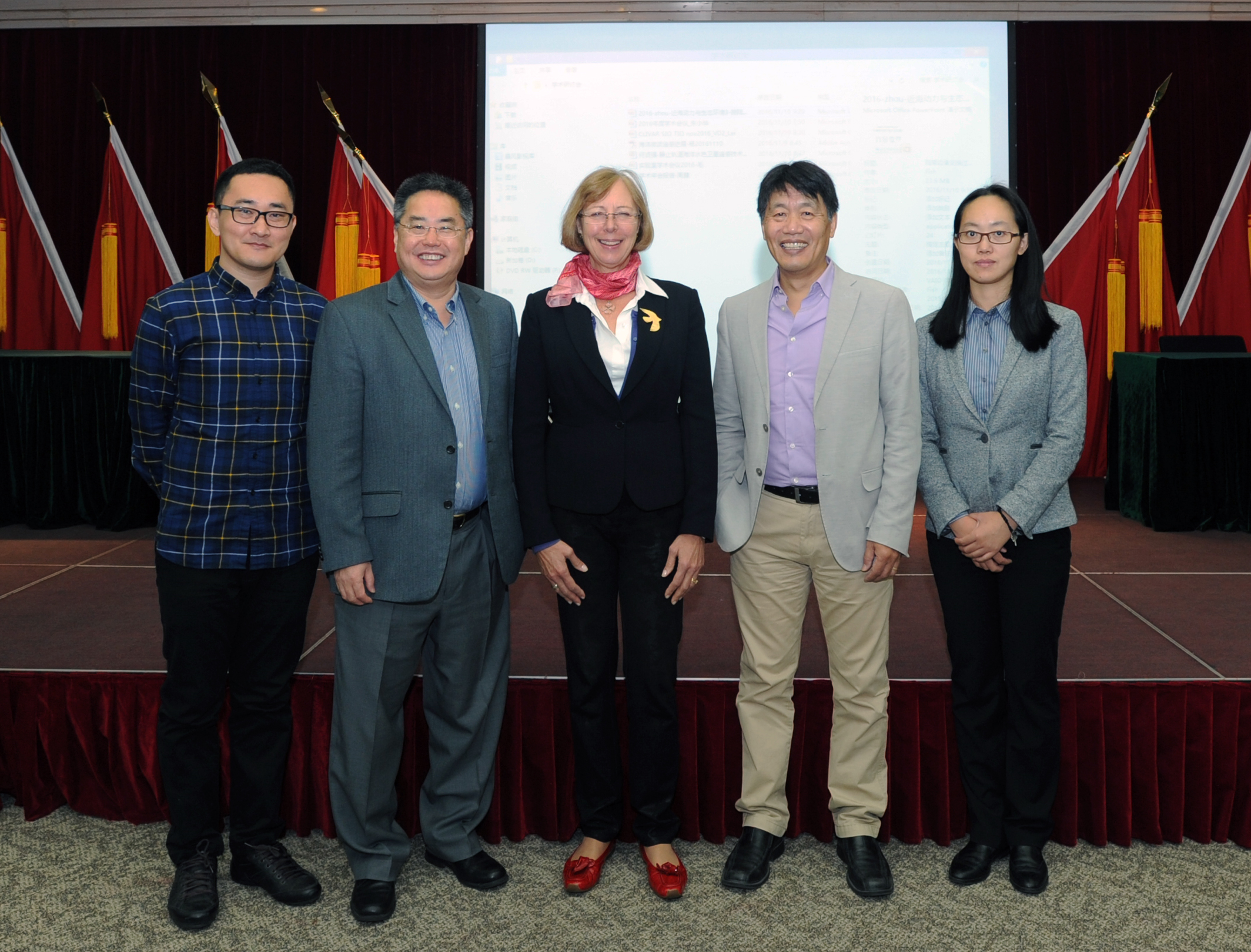 Visit to SIO and SOED:
As invited by Fei CHAI, Director of SOED, Valery and Lei gave a 20-mins presentation to introduce CLIVAR and WCRP in the opening session of SOED 2016 Annual Meeting, together with another invited speaker, Dr. Meng ZHOU from Shanghai Jiaotong University. Dr Zhou’s review on China’s capability in polar expedition exposed the lack of field survey efforts in the Southern Ocean, and his suggestion to coordinate the available resources of China to strengthen China’s engagement in the activities at such regions coincided with ICPO’s intention to help coordinate China’s resources such as research vessels and publicize China’s activities and future plans in the ocean and climate research among various institutions to the international community.

Visit to Xiamen University:
An introduction to MEL has been made by Zhiyu LIU, by introducing the four scopes of MEL (Marine Geochemistry: Processes and Fluxes; Marine Ecology: Processes and Mechanisms; Marine Ecology and Toxicology; and Ocean Ecosystem: Observations and Integrations) and the featured COMET (Center for Major Equipment and Technology), that enables the centralized equipment management in MEL. Key research programme and international cooperation was also introduced. After Valery and Lei’s introduction to WCRP and CLIVAR, two scientific talks regarding ‘The global warming hiatus’ and ‘Ocean Heat Content Variability’ have been made by MEL colleagues. The MEL has been trying to recruit faculty staff with expertise of large-scale oceanography and climate, and asks ICGPO to help spread the announcement within the international CLIVAR community. The CLIVAR OSC was also discussed and highly praised by the MEL people who joined the conference in Qingdao. MEL was also in a planning phase of holding the 3rd Xiamen Symposium on Marine Environment Sciences (XMAS-III) in next January in Xiamen University, with the scale of close to 600 participants.

Visit to TIO:
A 2-hour interactive meeting has been organized by TIO to discuss with the scientists from Key Laboratory of Global Change and Marine-Atmospheric Chemistry (GCMAC), SOA and Ocean Dynamics Laboratory (ODL). The research on ocean and climate in ODL; carbon uptake and ocean acidification in polar regions and progress and perspective on marine greenhouse gases study have been introduced.
TIO is the main institution which takes responsibility of the measurements on carbon and other biogeochemistry parameters in China’s annual cruises to both polar regions. They have built a database of along-track cruise data for a row of over 10 years (bi-annual for Arctic) on carbon in-situ measurements etc. There are expertise on ocean carbon and BGC within TIO who are interested to have some cooperation researches on carbon cycle with the help of the international project such as CLIVAR.
Dr Yun QIU introduced some activities of TIO in the Indian Ocean. TIO has the geographical advantage among China’s oceanography institutions in conducting observations in the Indian Ocean, and their vessel was out in the Indian Ocean for a mission of field investigation at the time.

The following are the common issues that have been discussed during overall visit at 3 institutions:

1. How to increase Chinese involvement in CLIVAR’s work?
Besides to traditional ways for individuals to be involved in CLIVAR (e.g. Exchanges and E-Bulletin, Self-nomination as CLIVAR Panel member, etc.), the idea of establishing China CLIVAR Committee/Programme has been mentioned in the slide of Lei, but no specific discussion was led on this issue.  The institutions were also encouraged to propose a project or an activity to be endorsed by CLIVAR.

2. How to better coordinate resources on marine science in China, such as ship time, and expertise from various of marine and ocean research institutes?
This issue has been raised by Fei CHAI (for a preliminary study of marine and ocean research institutions and universities in China), Prof. Meng ZHOU (for the coordination of ship time and other resources among different institutions), and Prof. Zhiyu LIU (by mentioning the benefit for centralized management of equipment in MEL through COMET). The issue has also been raised by Valery in ICPO for discussion before, there are two potential actions that could be taken – 1) to compile a list of the marine and ocean research institutions and universities in China, and try to establish and maintain contact with the key players, and introducing their work to CLIVAR panels and broader international communities when necessary; 2) to consider a coordination mechanism for ship time, which could begin with a workshop of China and UK, German, USA, etc. ship operators on "Best practices".  The ICGPO could help coordinate this workshop. 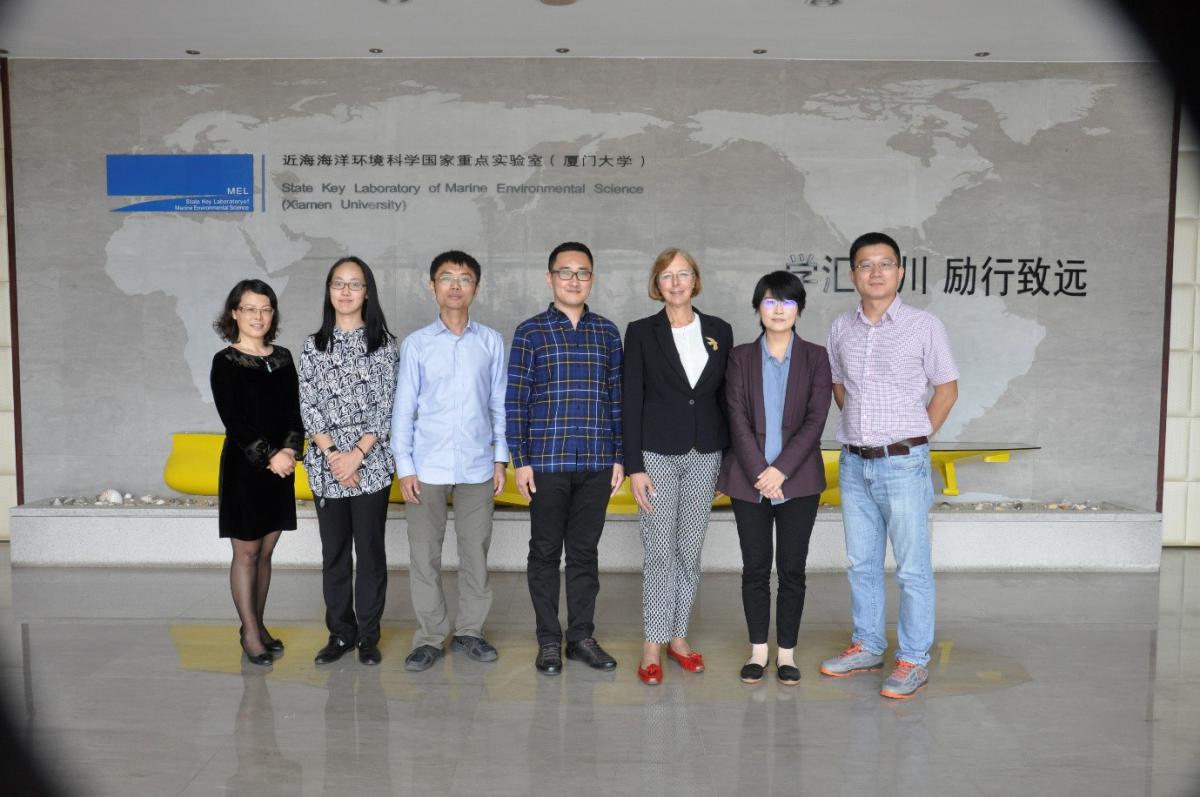 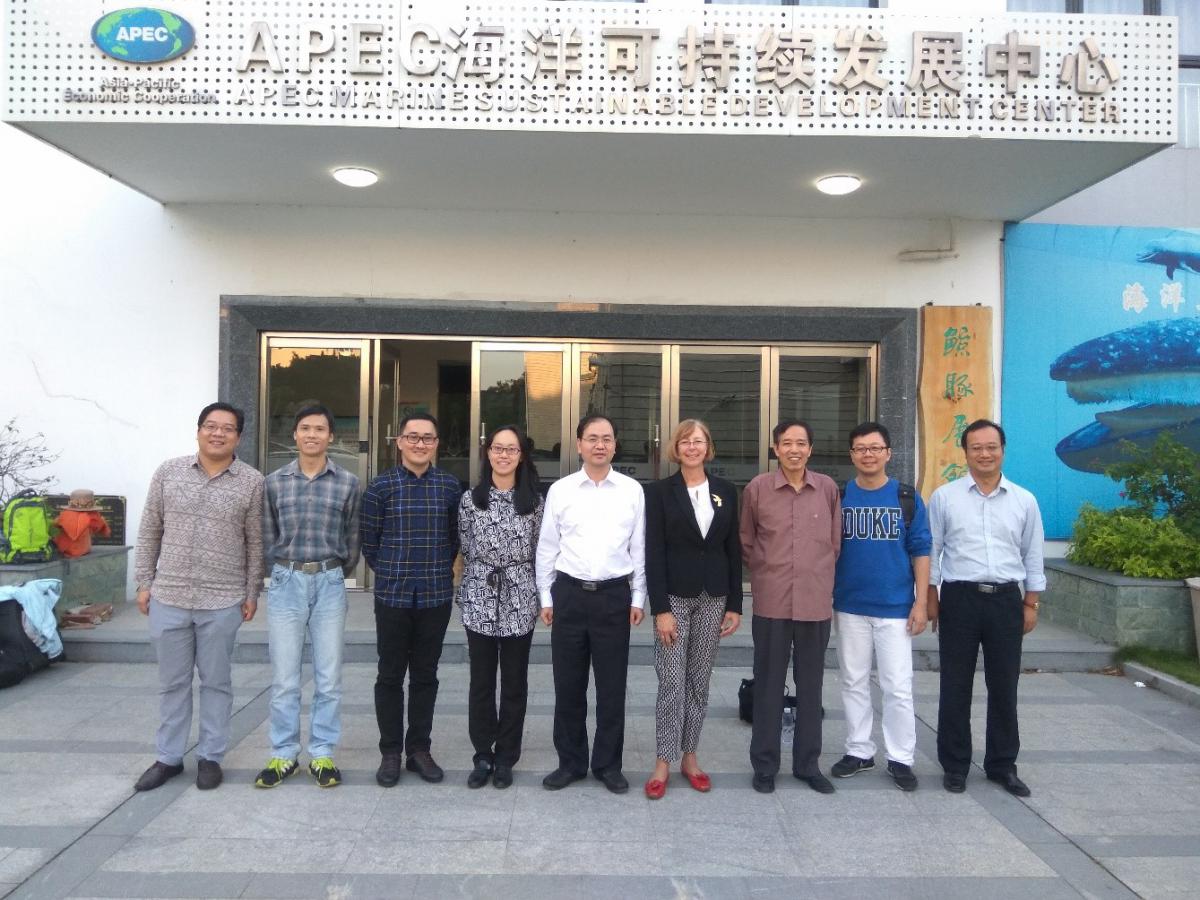 Introductions to SOED, MEL and 2 laboratory at TIO

MEL in XMU
Founded in 1995, the Laboratory of Marine Environmental Science (MEL) was formally promoted to a state key laboratory in March, 2005. MEL consists of 63 scientists and 99 technicians. It is dedicated to cutting-edge research on global change. Emphasizing fundamental and interdisciplinary research, and utilizing technological innovation. MEL’s focus is on marine biogeochemistry and its interactions with the marine ecosystem.

Key Laboratory of Global Change and Marine-Atmospheric Chemistry (GCMAC) State Oceanic Administration (SOA) in TIO
Key Laboratory of Global Change and Marine-Atmospheric Chemistry (GCMAC) SOA was founded in August, 2002. GCMAC’s mission is to play a prominent role in key international programmes and to provide a scientific basis for national marine economic sustainable development. In pursuit of its mission, GCMAC is dedicated to exploring the basic laws governing the atmospheric physical and chemical processes, the exchange and interaction between the ocean and atmosphere, especially the study of the marine-atmospheric biogeochemical cycle, marine and atmospheric chemistry in polar region, and regional climate and marine environment in East Asian Seas and adjacent waters responses to global change and their coping strategies.