Is hiatus heat hiding in the Indian Ocean? 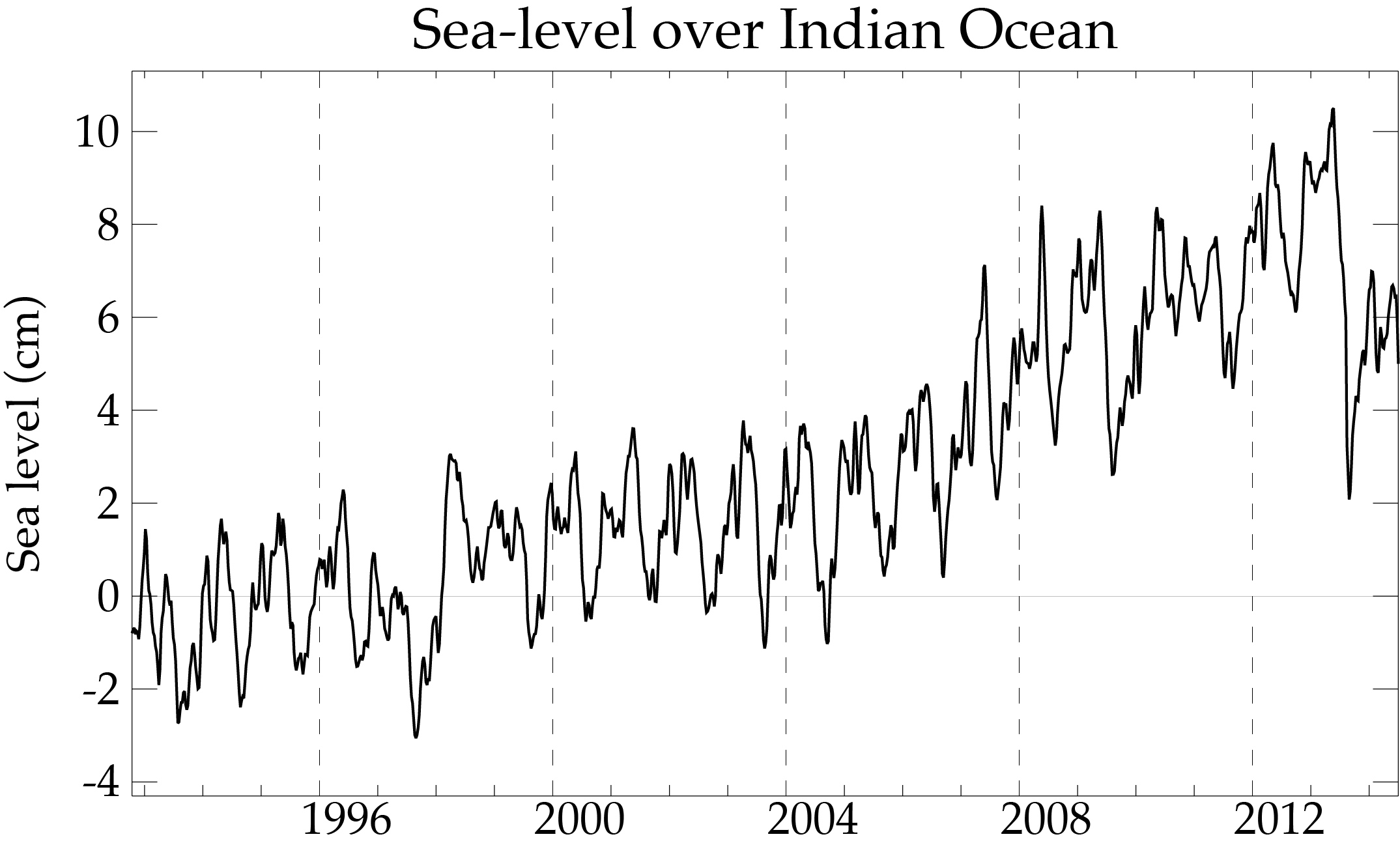 Figure 1: Average sea-level over the entire tropical Indian Ocean north of 20°S, since the beginning of the altimeter data record. The AVISO multi-satellite merged sea-level data is used. A very clear upward trend is seen from ~1998 to 2012, i.e. during the negative IPO phase in the Pacific Ocean.

The average sea-level in the tropical Indian Ocean has increased by 8 cm over the last decade (Fig. 1), a much higher rate than over the 1960-2000 period. Previous studies already indicated that tropical Pacific natural decadal variability induce sea level changes in the Indian Ocean through the Indonesian Throughflow. A recent study in Nature Geoscience (Lee et al., 2015) tie this nicely with the recent “hiatus” in global surface warming. This “hiatus” refers to the fact that global surface temperature has been almost stable over the last decade. Several studies link this to equatorial Pacific natural climate variability. Series of La Niñas (also referred to as a negative phase of the Interdecadal Pacific Oscillation or IPO) were associated with anomalously cold eastern equatorial Pacific, and increased heat uptake from the atmosphere over the last decade. This should be associated with an increase of Pacific heat content, which is not observed, while Indian Ocean heat content has dramatically increased over the same period. This can be attributed to stronger winds in the Pacific, higher sea level in the western Pacific, and a resulting stronger transport of warm water to the Indian Ocean through Indonesian passages. This can be viewed as boost of the Indo-Pacific part of the global conveyor belt during negative IPO phases. While this new finding needs to be weighted against previous studies suggesting a storage of hiatus heat in the deep ocean or in other regions, it is a strong incentive for sustained observations and studies of the Indonesian Throughflow and Indian Ocean. The decadal variability of this basin has indeed so far received less attention than the Pacific and Atlantic. An interesting and important question is whether “hiatus heat” is safely kept away from the surface in the Indian Ocean, or shallow enough to be released back to the atmosphere? In the later case, the “hiatus” granted by the negative phase of the IPO may soon end and be compensated by a period of accelerated warming.