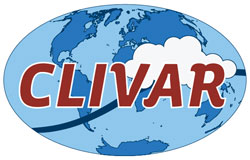 The CLIVAR/IOC-GOOS Indian Ocean Region Panel (IORP) held its quarterly telecon on 21 September 2020. Ten IORP members and ICPO staff attended the telecon, with apologies received from five members. Emma Heslop from the Global Ocean Observing System (GOOS) was invited to introduce the GOOS’ ongoing effort in assessing the impacts of COVID-19 on global ocean observing networks, and share the experience in the Atlantic Ocean. The major uptakes from the teleconference are:

GOOS Observation Coordination Group (OCG) has been looking at impacts of COVID-19 on the global observing networks and highlighted the Atlantic meeting and the approach they are taking might be also useful to the Indian Ocean. According to Emma, some networks have recovered (gliders) but others (Argo and DBCP) haven’t and the effects are lasting longer. It is important to put together the needs and come up with a strategy on how to bring people and resources together and partner at different stages. This is not only for RAMA, but also for other platforms. It would be useful to also reach out to the IndOOS Resources Forum (IRF) and the 2nd International Indian Ocean Expedition (IIOE-2) to open discussions.

Specific situations for sustaining the ocean observations (in particular the mooring buoys) in India, US, Indonesia and China have been shared by IORP members.

2. Co-chairs will coordinate with IORP members to prepare the IORP Annual Report by 30 October 2020.

3. Several candidates from western Indian Ocean region have been proposed by IORP members and partners for IORP new membership positions. The ‘open call for nominations’ announcement will be circulated to the candidates.

4. WCRP is formulating Task Teams to develop the science plans for the five lighthouse activities. Meanwhile, regional consultation for the WCRP implementation plan is carrying out. Roxy has been identified as a regional focal point for Group 4 (Oceania and Asia). More female scientists from the region are still needed, and IORP members are encouraged to nominate.

5. A suggestion is to have synergistic interactions with other panels with similar functioning and missions. One way is to invite a panel member for a 30-minute discussion with IORP, during the quarterly meetings. Meanwhile, the future IORP telecons may include thematic scientific discussions among members.