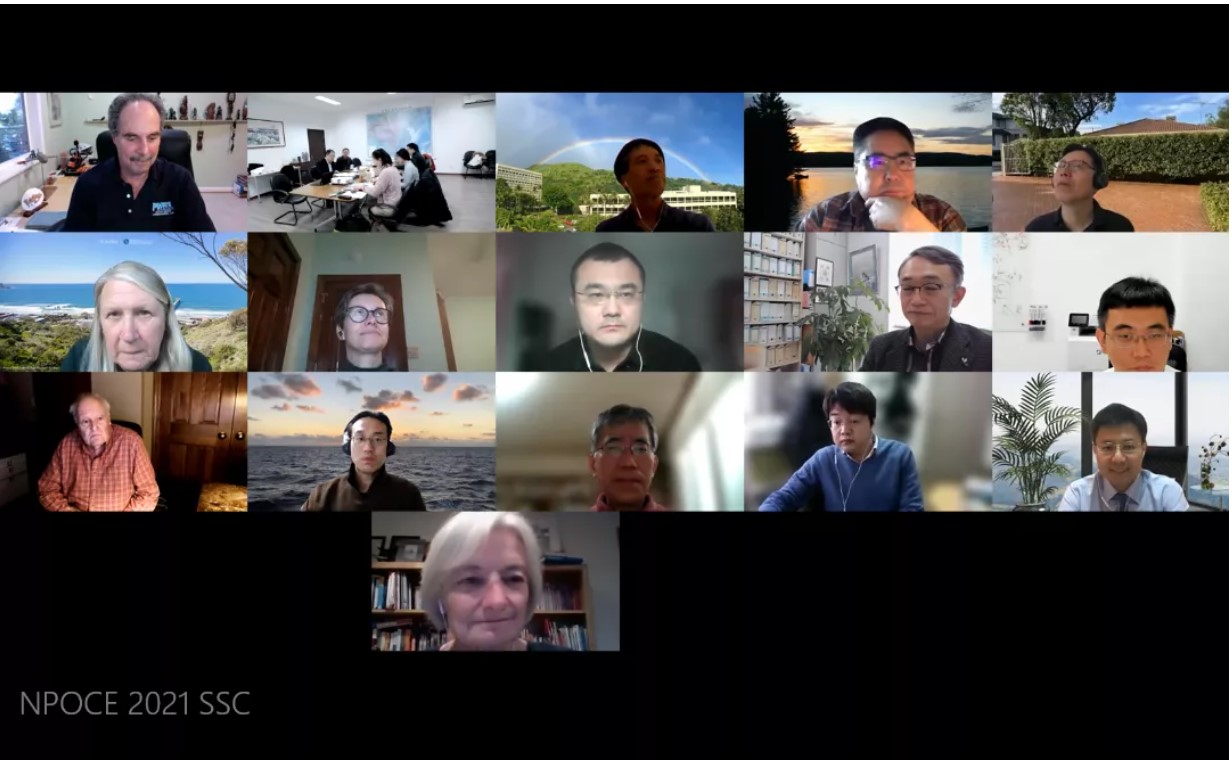 During the meeting, progress the on field experiments and scientific researched achieved by NPOCE during the past two years were reported in the NPOCE annual report presented by the NPOCE Office. Then, four scientific reports were presented focusing on detailed progress associated with the five themes of NPOCE scientific Foci - Bo Qiu reviewed the progress on Dynamics and variability of the Pacific Western Boundary Currents, Janet Sprintall on Interaction between the western Pacific Ocean (WPO) and the Indian Ocean through the ITF, Cong Guan& Fan Wang on Variability of the WPO circulation and its effects on the warm pool and climate, and Fei Chai on WPO’s role in the variability of biogeochemical processes. In additon, four invited talks from William Kessler, Xiaopei Lin, Rencheng Yu, and Wenxi Zhu shed light on seeking more opportunities to coordinate with the IOC/WESTPAC and other international programs implemented around the WPO, such as CSK-II, I3PCC, and TPOS2020, in the context of the UN Ocean Decade.

Fan Wang is elected as the chair, and Janet Sprintall and Fei Chai as vice-chairs. Sophie Cravatte will become new member of SSC.