The agenda following the first morning is kept informal. To provide some background to discussions, we will have some introductory and review talks on Thursday with plenty of discussions. These discussions will continue on Friday guided by the above list of requirements. It is hoped that a path forward will emerge on Friday afternoon. We will adjourn by 16:00 on Friday. 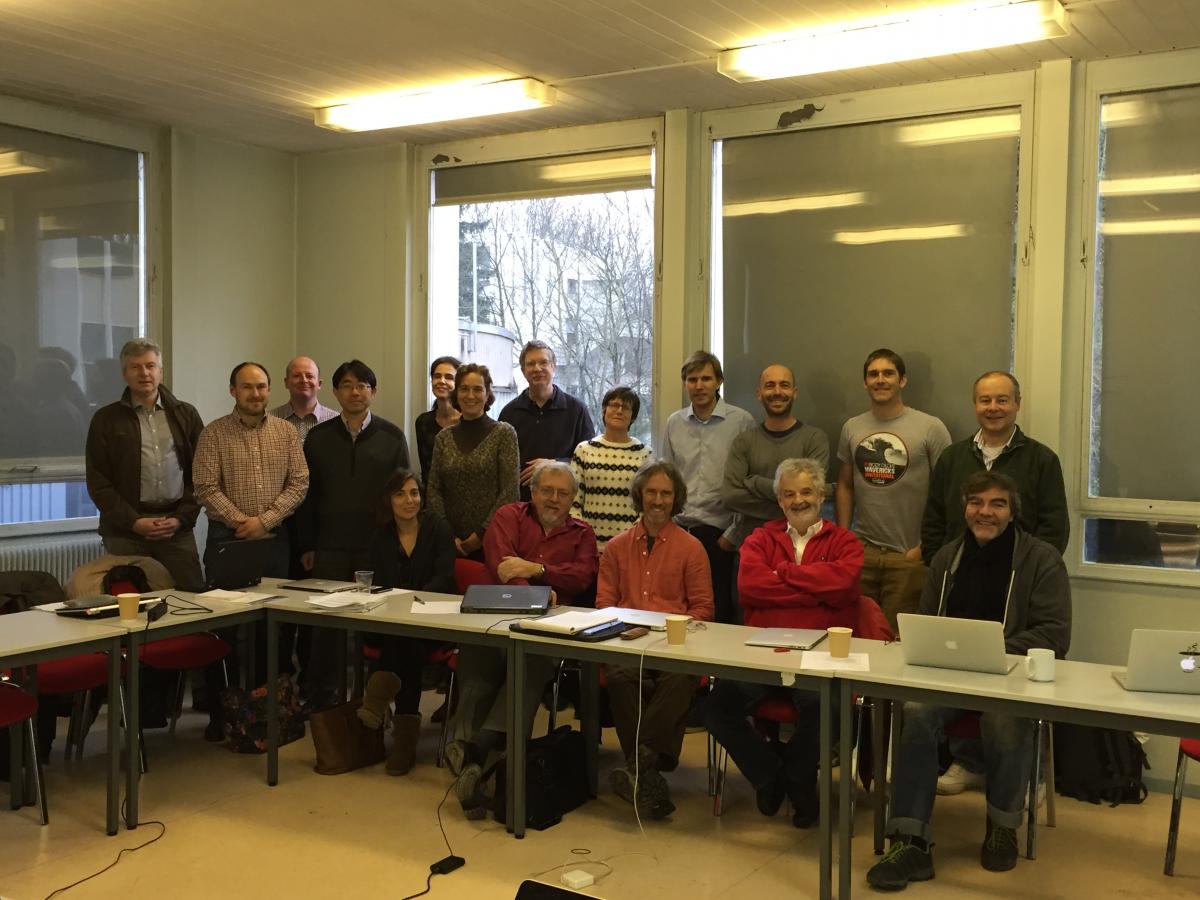 Context and Background for the Mini Workshop

The OMDP CORE-II framework (http://www.clivar.org/clivar-panels/omdp/core-2) has now reached a relatively mature state. Specifically, it is widely recognized as the community standard for global ocean – sea-ice simulations, and it is being adopted by many groups world-wide for evaluation of ocean and sea-ice components of their coupled models. It has become a right-of-passage as the modeling groups compare their solutions to those provided as benchmarks in the manuscripts published in the CORE-II Special Issue of Ocean Modelling. As a signal to the success of the CORE-II effort, modeling groups and analysts (from the U.S. and internationally) have requested that we propose the CORE-II experiments as an Ocean Model Inter-comparison Project (OMIP) for inclusion in CMIP6 (Coupled Model Inter-comparison Project phase 6). With encouragement of the WCRP Working Group on Coupled Modeling (WGCM), OMDP has submitted an OMIP proposal for endorsement by the CMIP Panel.

To date, the CORE data sets and protocol have been collaboratively led and supported by the National Center for Atmospheric Research (NCAR) and the NOAA Geophysical Fluid Dynamics Laboratory (GFDL) under the umbrella of OMDP (formerly the Working Group on Ocean Model Development, WGOMD). While the success and visibility of the CORE-II effort have been steadily increasing, no significant new developments or maintenance of the data sets or the protocol have occurred during the last 5-6 years. This situation is perhaps to be expected, given that scientific success of CORE-II has only recently become clear amongst the broader community. However, a frozen foundation for CORE-II cannot continue.  Indeed, various shortcomings with the present CORE-II data sets and the protocol have been identified during the course of CORE-II studies. Aspects of these shortcomings were discussed at the CLIVAR WGOMD Workshop on High Resolution Ocean and Climate Modeling in April 2014 in Kiel, Germany, and at the pan-CLIVAR panel meetings and discussions in the Hague in July 2014. Given the widespread use of CORE-II, and the associated broad advances to ocean and climate science, we contend that there is an urgent need to advance the scientific and engineering foundations of CORE-II. This advance must proceed in a timely manner for the benefit of the ocean modeling communities around the world. The primary goal of this mini workshop is to reignite both science and engineering efforts to advance the foundations of CORE-II.

Opportunity to Revisit Various Other Aspects of Forcing Data Sets

A clear path forward to advance CORE-II approach, considering the above requests / requirements and existing opportunities; Division of labor towards accomplishing various tasks. Although we hope to do more, a default outcome may be simply to provide some basic updates to our existing protocol and data sets to be current.