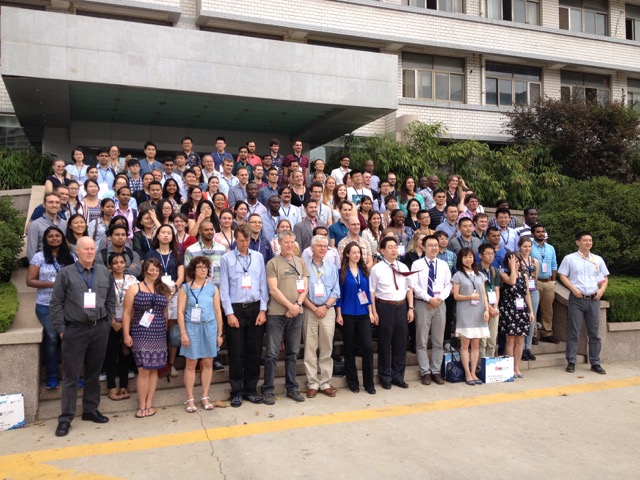 The CLIVAR Early Career Scientists Symposium was hosted by the First Institute of Oceanography in Qingdao, China, on September 18 and 24-25, 2016. 135 early career scientists (ECS) from 34 countries participated. The first day of the symposium provided the opportunity for ECS to network with peers and senior scientists, to become familiar with the institutional structure of CLIVAR, and to prepare for the upcoming Open Science Conference (OSC). During the weekend following the OSC, the symposium served as a forum to actively engage the ECS and challenge them to find solutions to critical issues in atmospheric and ocean science. Participants worked in diverse international teams to complete the following tasks: highlight key research challenges and goals; identify major challenges facing international science collaboration; discuss how to effectively engage the audience of their scientific information; and suggest their vision for the future of CLIVAR.

As the next generation of scientists, the ECS participants recognized their critical role in shaping the future of climate science by answering pressing research challenges and goals. In agreement with CLIVAR’s Science Challenges outlined in the Science Plan, ECS participants emphasized the need for improved understanding of 1) regional climate change and variability, 2) internal variability, 3) ocean carbon and heat uptakes, and 4) climate processes and feedbacks. The community would also benefit from coordinated climate model developments, an improved and expanded global observation network, and further efforts towards seamless prediction across space and time scales. The ECS recognized the need for increased interdisciplinary research and are committed to bridging the gaps between disciplines.

International collaboration was highlighted as instrumental to the success of the global science community, as the ECS recognized that climate challenges are not contained by political borders, and international cooperation is critical for developing solutions. Collaboration is dampered by asymmetries between nations, which include: unequal access to data and journals, unequal funding and resources, language barriers, and political limitations such as overly-restrictive visa requirements which too often hinder travel. Potential solutions include two-way collaborative exchanges of scientists between

countries, promoting regional networks and capacity building (particularly within developing nations), and encouraging participation in international networks and organizations to link scientists and increase visibility of their work. An overarching theme which emerged repeatedly at the symposium was the need for increased openness and standardization of scientific content such as access to journal articles, open-source code, and universal accessibility and increased standardization of data. A proposed solution to address travel restrictions due to cumbersome visa requirements is for CLIVAR to take a leading role as a global entity representing climate scientists to formulate an open letter highlighting the issue and addressing it to local science ministries and foreign affairs departments.

Education at all levels, from schools to seniors, was seen as key to engaging the audience of information produced by the climate science community. An active debate emerged on the appropriate spread of CLIVAR efforts between conducting core scientific research versus engaging in communication. It was recognized that effectively informing adaptation measures would require far greater inclusion of “external disciplines,” including the social sciences, engineering and planning communities, while still requiring significant input from the CLIVAR science community.

The ECS expressed general support for the priorities and implementation strategies laid out in the CLIVAR Science Plan while making concrete suggestions for improving the plan to better reflect the full community. The next generation of climate scientists is dedicated to overcoming the challenges outlined in this summary and looking forward to advancing CLIVAR’s mission and activities by leveraging the new ideas and collaborations forged at the 2016 ECS Symposium.