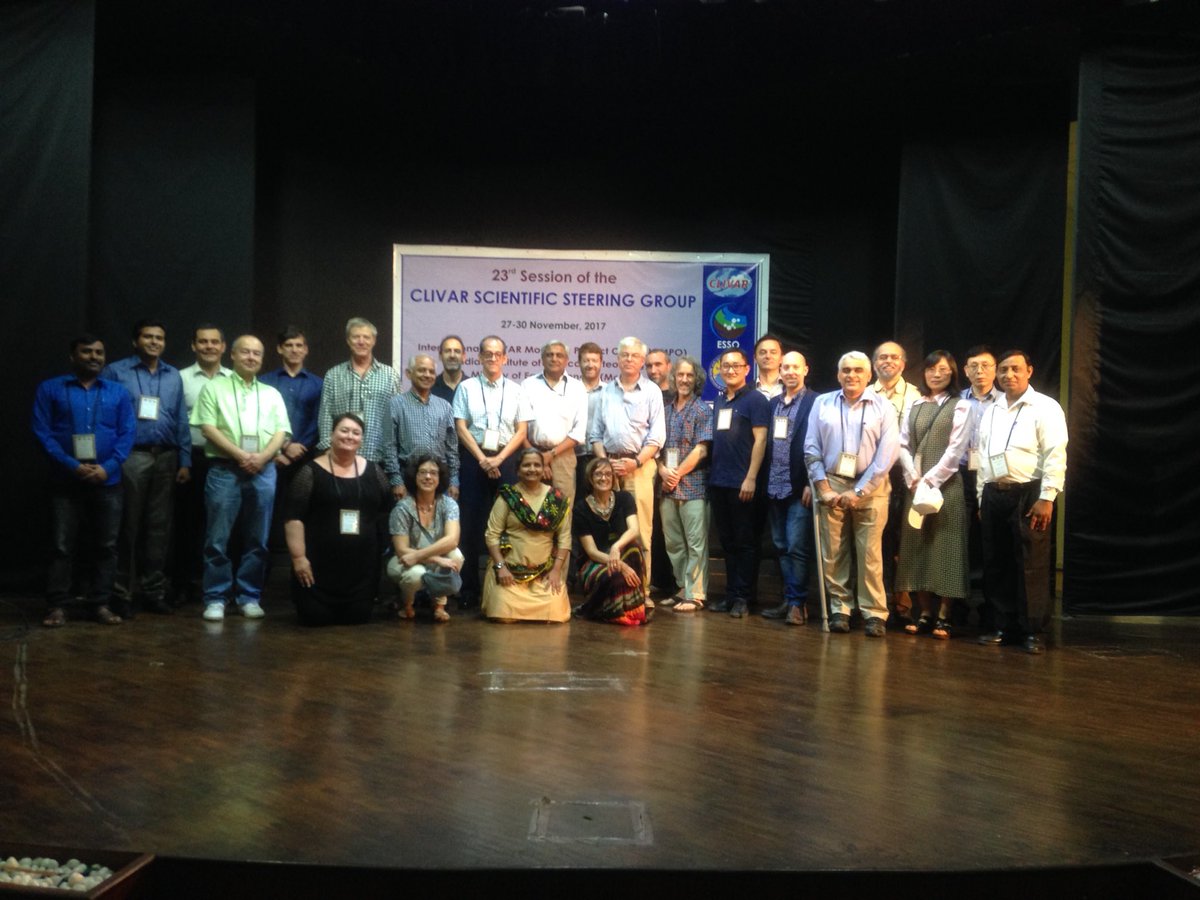 The 23rd session of the CLIVAR Scientific Steering Group (SSG) was held on November 27-30, 2017 in Pune, India, hosted by the Indian Institute of Tropical Meteorology where the International CLIVAR Monsoon Project Office is based.

This session brought together the CLIVAR leadership, i.e SSG members and co-chairs of CLIVAR panels and Research Foci (RF), and was also attended by invited representatives from sponsors, partnership projects and organizations around the globe, including USCLIVAR, WCRP, IOC, CliC, SPARC, and GEWEX.

Activities and plans from all CLIVAR panels and RFs were reported by panel/RF co-chairs or representative members. Comments and suggestions to panel/RF business were given by SSG and will be sorted out and distributed to each panel/RF soon after the session by ICPO, which covers the aspects of suggestions on future work and interaction with other groups or projects, decisions and comments on membership renewal proposals, and budget request for the panel/RF events during the next year.

The session spent one day dedicated for the discussion and writing of the CLIVAR Science Plan for the next 10 years.  Representatives from sponsors, partnership projects and organizations reported the main focus of their activities and the connections with CLIVAR.

CLIVAR SSG also discussed the future plan of summer schools. Two institutes, SOA/FIO from China and ICTP from Italy are interested to collaborate with CLIVAR to host annual summer schools in the next 5 years.

In order to promote the interactions with the local research community, a half-day science workshop was organized for presentations and discussions among researchers from CLIVAR and Indian institutes.

During the session, CLIVAR said goodbye to a long-serving ICPO staff, Nico Caltabiano. He would leave the office after the SSG session. Thanks and best wishes have been expressed by both co-chairs of SSG on behalf of all CLIVAR members.

More details on this session will be published as a meeting report soon at the CLIVAR website.