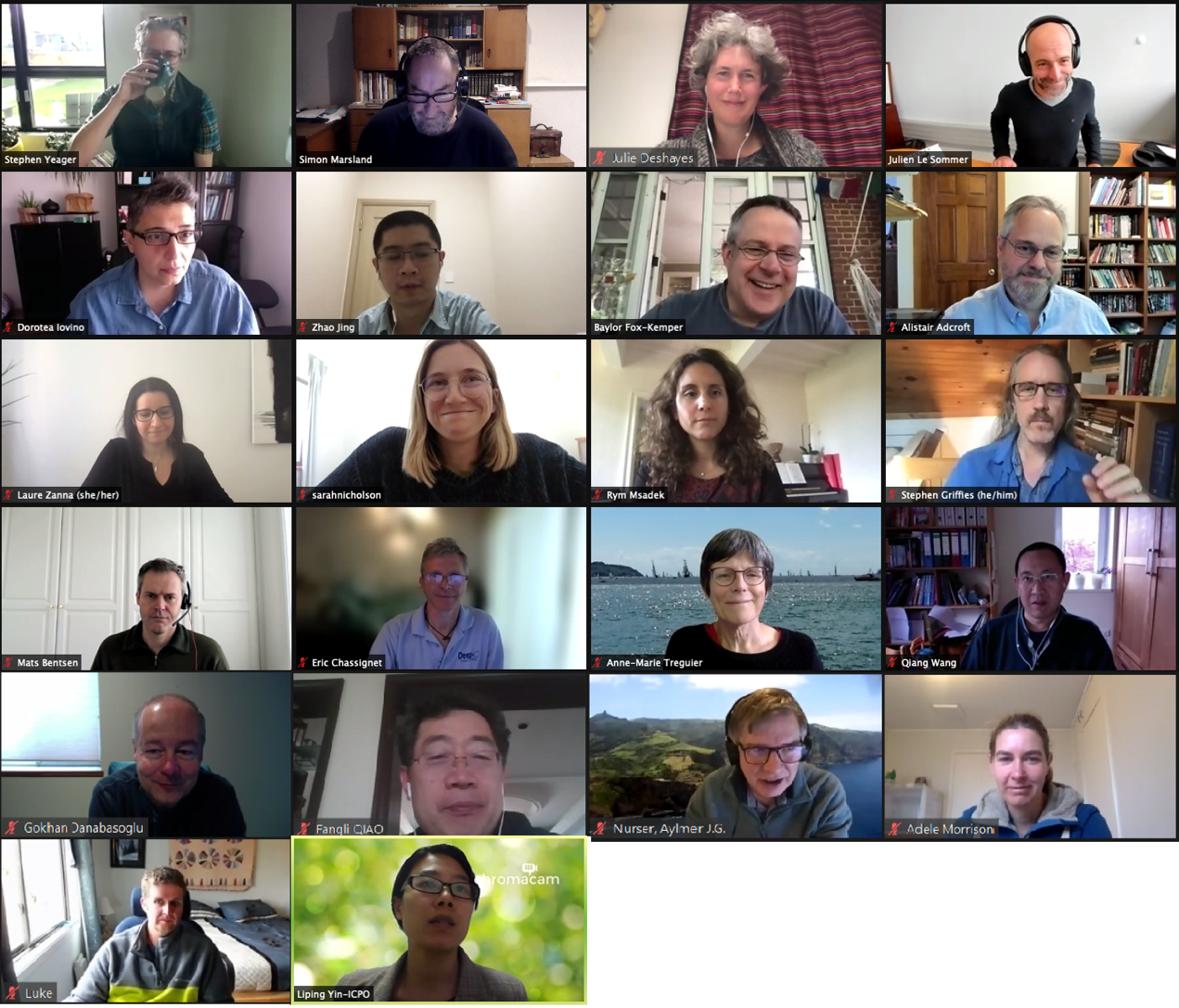 The CLIVAR Ocean Model Development Panel (OMDP) successfully organized a virtual meeting on 18th May 2021, the so-called OMDP-5.5 since it happened in between the fifth and sixth OMDP in-person panel meeting. All the official panel members and the emeritus/emerita members participated in this meeting.

The objective of this meeting is to review the progress of the ongoing OMDP activities which were discussed during last year’s October virtual meeting, to introduce the new panel members, as well as to share some significant business information that is relevant to the panel.

The meeting was split into two sessions: the presentation and the discussion session. The first session began with the open remark of the co-chairs, Baylor Fox-Kemper and Julien Le Sommer, followed by the self-introduction of the two new members, Rym Msadek and Sarah Nicholson, and then the updates of the ongoing OMDP relevant projects reported by the members. The second session focused on the discussion of the scientific questions raised in the first session, such as issues with CMIP data, quality and availability.

Panel business was discussed also. The workshop on “Future Directions in High-resolution Ocean Modelling” will take place in an online format instead of postponing to organize an in-person meeting. The organizing committee will identify some mutually convenient time to accommodate different time zones. OMDP will take advantage of this to have another virtual meeting in October and organize more scientific activities. There will be no in-person activities of OMDP this year due to the COVID-19 situation.

The panel showed interest in the involvement of the new WCRP activities and how to best take advantage of the WCRP modeling organizational restructuring.  The ongoing panel activities apply widely across the Lighthouse Activities and ongoing discussions with other modeling panels (DAO, WGNE, ESMOC) will form a strong scientific basis from which to make restructuring decisions.

Presentations on the ongoing OMDP projects are as follows.

Key outcomes of the discussions highlighted how the OMIP simulations and diagnostics can play an increasingly significant role within the CMIP projects. Some of the ongoing projects are going smoothly, others are in development, and some are being restructured. Some of the undergoing projects were noted to apply directly to both Lighthouse Activities and improve on OMIP visibility, which highlights the next steps for these projects. Both technical and strategic advice was shared.

The next virtual meeting will take place alongside the “Future Directions in High-resolution Ocean Modelling” virtual workshop in October.