The CLIVAR GSOP Teleconference in February 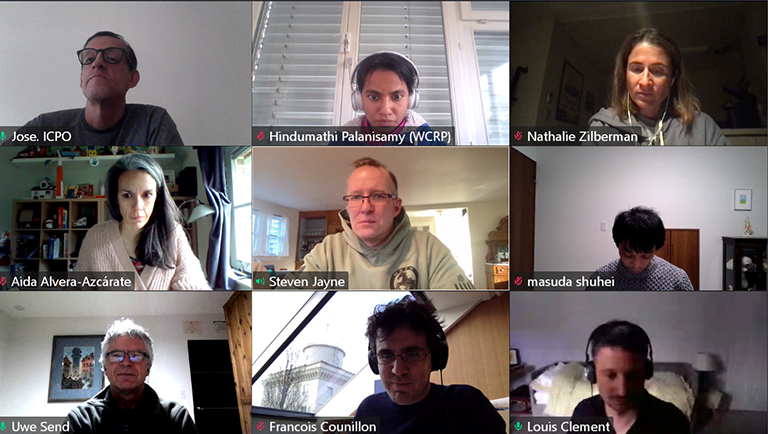 On the meeting, Lijing Cheng made a presentation on the WCRP proposed Lighthouse Activity: Explaining and Predicting Earth System Change (EPESC). He explained the overall vision of the LHA, current status and future plans. Although GSOP members didn’t think it’s necessary to be part of the EPECS groups, it was important that GSOP identified specific activities that the panel would implement this year and that might be relevant to EPECS.

Nathalie Zilberman mentioned during the telecon that she was organizing a workshop in Brussels, Belgium in this October, and she proposed to have a one-day GSOP panel meeting alongside the workshop, which had been unanimously accepted by the members. The meeting is planned to be in hybrid format. Nathalie and Jose will coordinate to seek endorsement of CLIVAR for the workshop.

The panel has been discussing what specific activities that members could coordinate in 2022. Some ideas were brought up and talked about during the last telecon, e.g., OneArgo, SynObs, OceanSites, etc. Nathalie, Peter and Jose will further the discussion via email exchanges.

The membership rotation of GSOP has also discussed and decided during the telecon.

The next GSOP teleconference will be organized in mid-March.