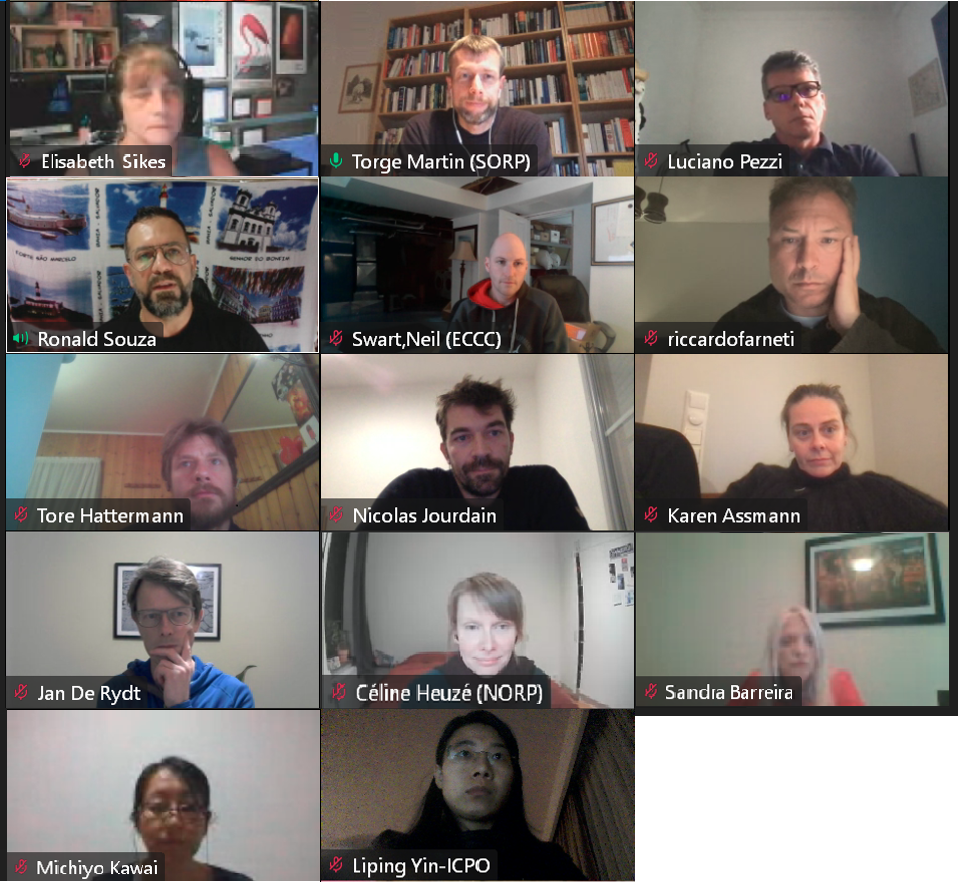 This panel meeting had been planned for several months to make it productive and accommodate different time zones. Finally, it was scheduled for two times of two days for 2 hours.

All of the members introduced their current research interests and their plans for SORP on the first day, to initiate some panel activities. The icebreaker part organized with the virtual social space platform gathered the members ‘together’ to talk with each other. Some of the new SORP tasks were fully discussed on the second day, such as the Southern Ocean (SO) freshwater simulation, the SO in UN Decade, the awareness for less-developed programs in the Southern Hemisphere, etc. The co-chairs invited representatives from the other communities on the third day to report their activities, with the aim of enhancing the connection/cooperation or learning the experiences. Some new task teams were established on the last day on the basis of the first three days’ discussion.

SORP will continue the effort of acting as the forum for the discussion and communication of scientific advances in the understanding of climate variability and change in the Southern Ocean. To advise CLIVAR, CliC, and SCAR on progress, achievements, new opportunities, and impediments in internationally-coordinated Southern Ocean research. From his panel meeting, SORP has initiated some new SORP activities and will strengthen the link with the other communities.