CLIVAR at the 2019 AGU Fall Meeting: A reflection The 2019 AGU Fall Meeting was successfully organised from 9 to 13 December 2019 at Moscone Centre, San Francisco, USA. The AGU Fall Meeting is the largest international Earth and space science meeting in the world, which attracted more than 30,000 participants (including online participants) this year, marking its Centennial. Multi-disciplinary interaction was encouraged during the AGU Fall meeting: 27 categories of sciences have been divided into 4 big groups, i.e. Science Nexus, Earth Interior, Earth Covering and Beyond Earth, differentiated by different colours of lanyards for participants. The CLIVAR related sessions fell into the ‘Earth Covering’ group. Meanwhile, the application of new technologies, including Artificial Intelligence (AI), Machine Learning and other innovative tools and methods were also highlighted during the meeting, which can also be linked to advance the future oceanic and atmospheric researches.
CLIVAR Related Sessions at AGU 2019 Fall Meeting
Several CLIVAR panels and research foci have organised oral/poster sessions at the 2019 AGU Fall Meeting, with the topics as follows: 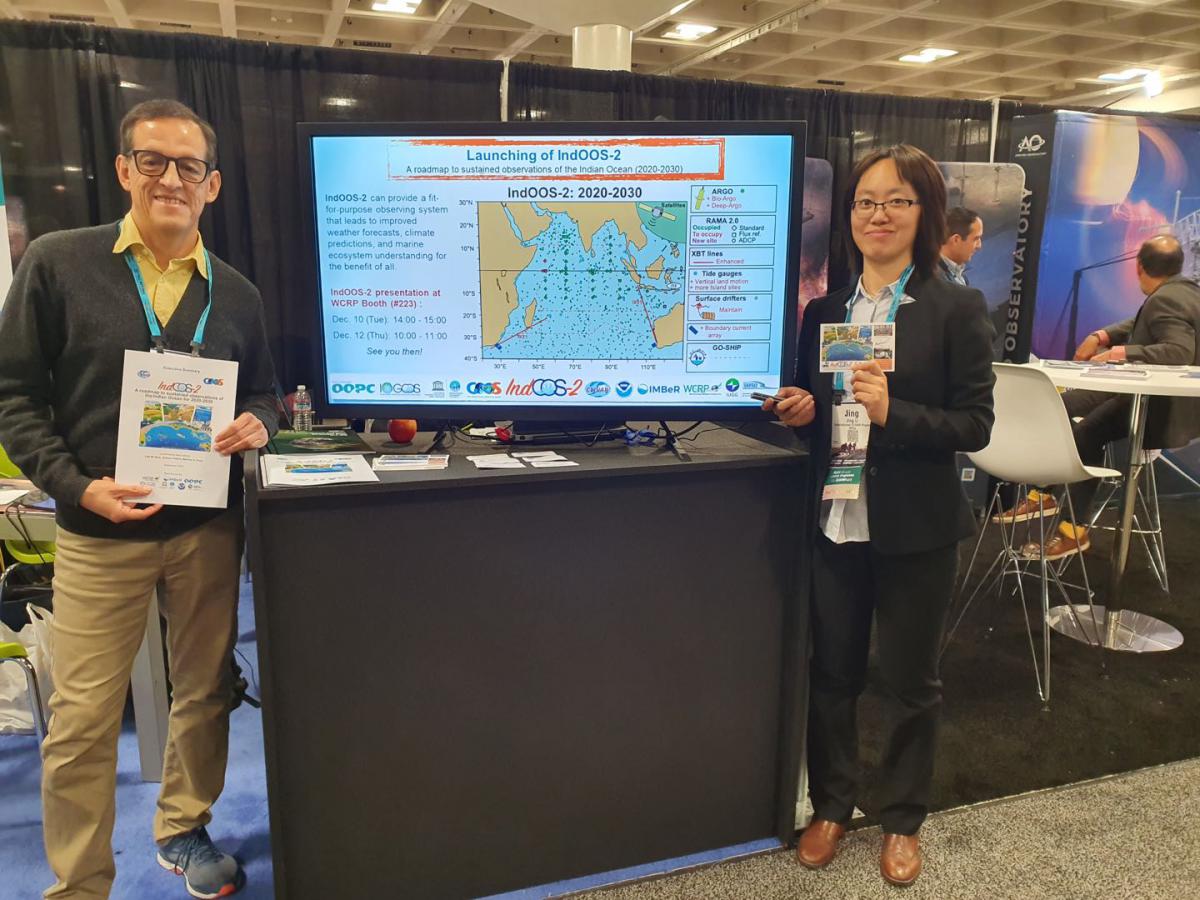 In particular, the ‘IndOOS-2:  Roadmap to Sustained Observations of the Indian Ocean for 2020-2030’, outcome of the Indian Ocean Observing System (IndOOS) Decadal Review, has been launched at the WCRP Town Hall and Exhibition Booth at the 2019 AGU Fall Meeting.

Of particular relevance for the CLIVAR community, the World Climate Research Programme (WCRP) Climate Science Week was held as part of the 2019 AGU Fall Meeting, to celebrate its 40 years of international climate science. Several activities have been organised in the WCRP Climate Science Week including the WCRP 40th Anniversary Symposium, 4 Town Halls, 1 Union Session, 72 science Session, a Joint Early Career Researcher Workshop and the WCRP Exhibition Booth. The successes of the WCRP community over the last four decades have been showcased, and some of the challenges and opportunities that climate science faces now and will face in the future have been highlighted during the series of activities in the WCRP Climate Science Week. The recently launched WCRP Strategic Plan (2019-2028) has been advocated through the WCRP Town Halls, Union Session and Symposium, and active feedbacks and suggestions for its future implementation have been received from the audience,  with emphasised attention to voice from early career scientists.